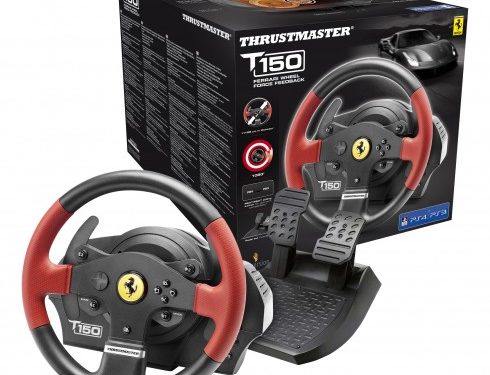 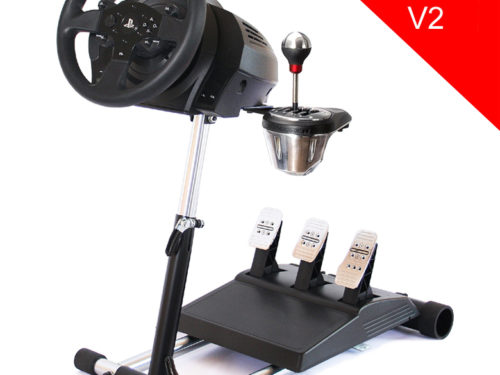 Today we look at the Thrustmaster T150 racing wheel. There were only two variants available at the time when I bought the wheel  – the blue and the Ferrari Edition, which is red with the Ferrari character. Steering wheels differ only in appearance, the technique is the same. At the time of writing this post, there is also a variant with the T3PA pedal set, which has three pedals. My steering wheel version has only two pedals.

The steering wheel allows you to adjust the rotational angle between 270 ° and 1080 °, so its use is versatile. A rotational angle of 360 ° will be sufficient for racing simulators. From my experience with Dirt Rally I can confirm that the higher angle was just a bad idea, because I didn’t know where my hands are right on the wheel and messed up the paddles for gear shifting. Not to mention the mess up the handbrake buttons with the clutch button. I did not even try to set a higher angle in Project Cars 2. On the other hand, a higher angle may be useful for farm simulators, where tractors and other agricultural machinery are used, or for truck simulators.

A standard pedal set featuring two pedals is also supplied with the steering wheel. The pedals have rather less resistance, so you do not feel that much. On the other hand, you are not tired and you don’t have the problem of playing for several hours. The pedal set is quite light, and it happened to me that the pedals were running down the floor. This problem, but solved the Wheel Stand Pro stand.

I’m honestly missing the real cars behavior on the pedals. Different crisis situations can also be distinguished by pedal response (for example, vibration of the brake pedal upon activation of the ABS). I do not know about any Force Feedback pedals, so we’ll still have to deal with the current generation of pedals.

The steering wheel is also compatible with the T3PA and T3PA-Pro pedal set, which should push the gaming experience a bit closer to reality. Alternatively, the TH8A shifter can also be fitted to the steering wheel.

I originally attached the steering wheel to the table and there was no problem with the mount, but it was worse with space on table and I had to remove it before working on my computer. This and running pedals on the floor was the reasen to buy this rack on the steering wheel, which solved all the problems.

Originally I was afraid if there was a problem with the stability and if the stand would vibrate and vibrate, but my concerns were not confirmed and the stand could be strongly recommended. 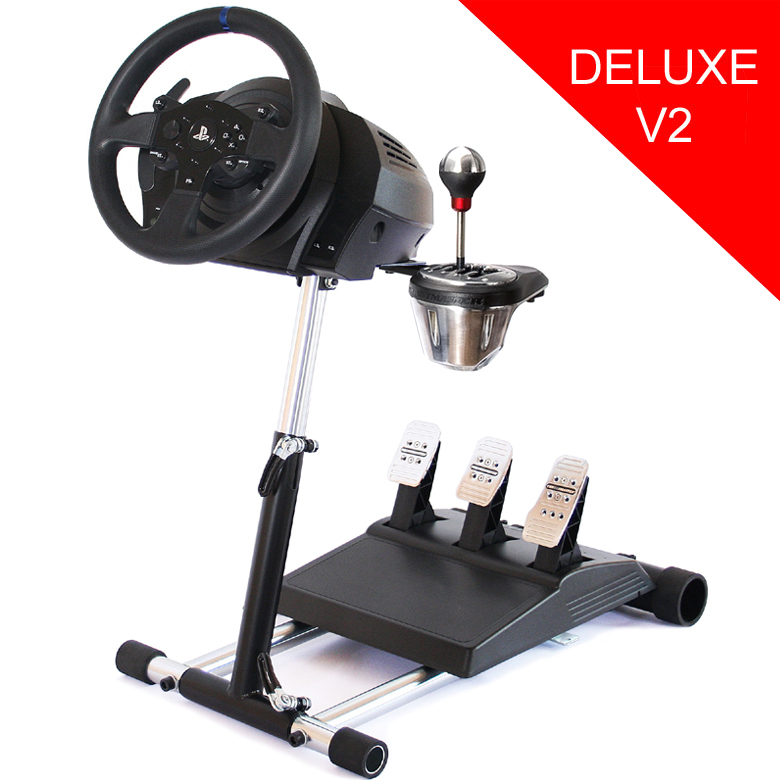 I can definitely recommend the steering wheel to all those who are serious with the simulators but do not want to spend all the money for the wheel. Finally, this wheel is not the cheapest. Personally, I would buy today the T150 RS Pro set containing a T3PA pedal set, which is about 50$ more expensive. At the same time, you do not have to worry that the steering wheel would stop working after a few dozen hours of playing – today I have played about 300 hours on the wheel and still serve as a new one.

I just notice that you need to get used to racing with the wheel, especially if you have no experience with any other wheel. I managed to ride fast and straight without crashing after about five hours. Do not throw any faults at the beginning on the steering wheel, everything is about habit, but also about the game you play. After moving from Dirt Rally to Project Cars 2, I had to get used to it a little before I got back into condition. 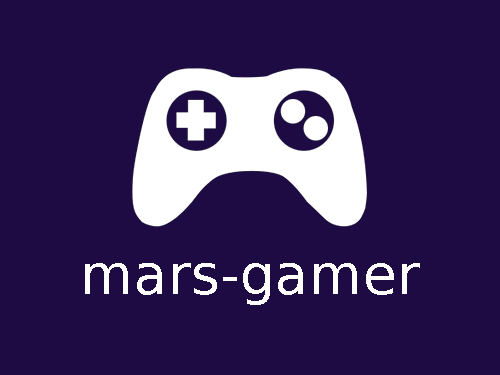