Another fifth place in the online race 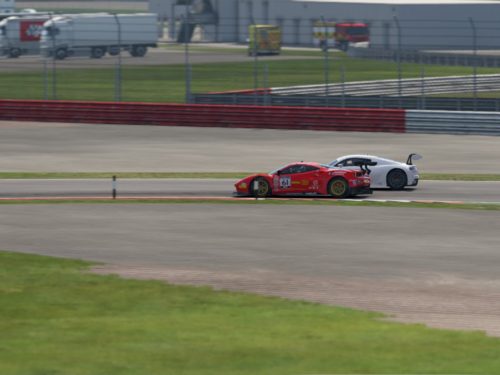 I start feeling like being fifth in online races is my destiny :-). I managed to finish on the fifth place in the last few online races. Of course, I do not count races where an aggressive player has pushed me out of track or spun me or races in whitch I made fatal mistake and wrecked race to myself. It is difficult to get back to race, but it is not impossible. Even in this race one of racers used my car as a brake before a corner, but fortunately, I was not pushed out of the track and I lost only one position which I got immediately back.

After some my mistakes the racer got close to me, so he spun me in the corner and I lost several positions. I fought back some of those positions and some of them I got back due to pit stops and penalties for other racers, so it was a pretty fifth place. I tried to avoid such racers by choosing high-safety online races, but there are few or none of these races lately. The most racers with high ratings (both safety and abilities) drives in races with safety index U.