In the previous post, we looked at the episodes of Chemical Plant and Aquatic Ruin. In this post, we are going to look at the Casino Night and Hill Top episodes. Casino Night is one of the easiest episodes including final fight with Dr. Robotnik. No matter,, though the final fight is complained by the different bounced zones which makes harder to control Sonic and timing of an attack on Dr. Robotnika. Overall, it’s harder to pre-schedule some moves in Casino Night because Sonic is bouncing off that zones several times. For example, I could not get from the machine on the preview image and Sonic has been always bounced back. 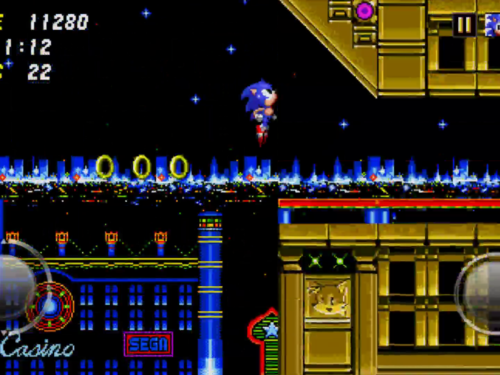 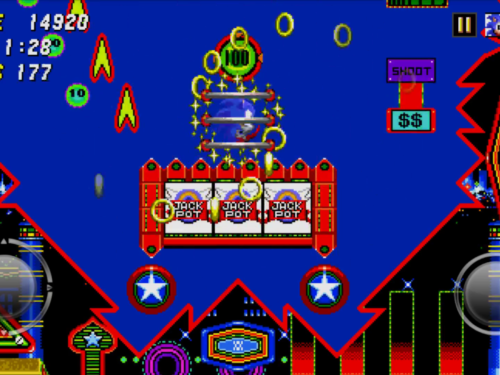 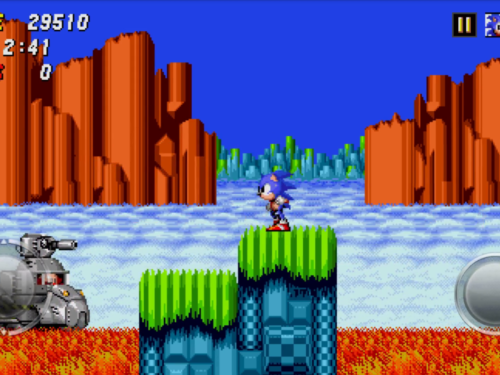 The Hill Top epizode is similar to the first episode – Emerald Hill, but it is made more difficult thanks to the existence of lava. Lava plays a big role here, and Sonic sometimes goes to the underground where the lava level can start to rise. Of course, if Sonic is not able to escape, then he has a bad luck and loose its life. Final fight with Dr. Robotnik is not the hardest, but I certainly recommend not to wait and beat Dr. Robotnik as soon as possible.